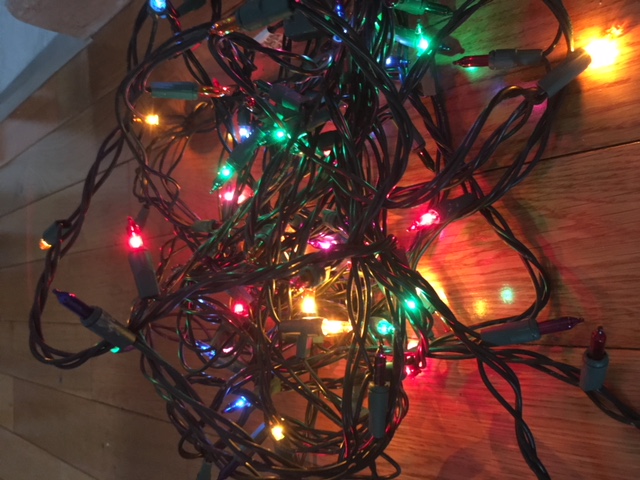 He won’t sit still.  He shifts in his chair constantly, folding a leg under himself, then unfolding, folding the other leg.  His backpack is a whirl of chaos.  There is always something forgotten, either at home, at school, on the bus, or whereabouts unknown.  He looks up with giant eyes, a blank expression on his face, as his caretaker repeats herself for the seventeenth time.

“Go clean up your room before dinner,” she says.  He blinks, then jets off, up the stairs.

He comes trooping downstairs minutes later, a cell phone in one hand, a video game in the other.

He looks at his hand in wonder, the first time he has noticed this phone.  “No.”

“That is John’s phone.  You aren’t supposed to go in his room, that’s his private space.  Why did you take his phone?”

She sighs, taking the phone from his hand, putting it on the counter.  Tears and hysterics follow, along with a teenager who comes charging down the stairs.

“I was in the bathroom for two minutes and he swiped my phone from my room!”

This is the scene at least four times a week.  There are other scenes.  Cheeks full of cookies that he patently denies eating, the room he swears he cleaned that looks like a disaster awaiting FEMA response teams, the homework he promises is complete that is untouched.  She says to not leave the yard and he inches for the border, looking at her the whole time.

It is a series of daily exercises in frustration.  He is a sweet elementary school child with a smile that melts hearts, who greets each day with energy, who loves his family and asks about them ten times a day, every day.  He is also prone to falling down, bumping into things, and knocking over anything breakable within a fifteen foot radius.  He leaves the refrigerator door wide open.  He gulps down food without chewing.  He gets into the shower but forgets to wash anything, just stands in the spray until someone calls in that it is time to get out.

He is a master at blocks, at shapes, at fitting puzzles together.  His math teacher praises his ability, but can’t read his writing to decipher his answers.  He stutters over words and cannot spell, in spite of flash cards and phonetics.

The case manager requests a consultation.  How do we help this child?  What does he need?

“It is his brain,” the psychologist says.  “That birth through three.  That terror.  It all got jumbled.”

Birth through three years old is critical for brain development.  When Little Guy was born, his parents were in the midst of relationship problems.  They left him in the bouncy seat all day, propped a bottle on his chest when they remembered to feed him, left him in soiled diapers.  He was removed.  He made some progress.  He went back.  The fighting got worse.  He was toddling.  Nothing was child proofed.  He got hurt.  No one comforted him. He went to kindergarten.  Other kids knew the rules, but Little Guy didn’t.  He knew that if you want something, you take it.  You run.  Adults are dangerous.  Strongest wins, and weakest hurts.

Brains organize our lives, but when life is a matter of fight or flight, when the world is chaos, our brains learn to file things in a triage manner.  They learn to manage chaos to the best of their abilities.  This will keep you alive so you remember it, this doesn’t matter so don’t bother to remember it.  “Clean your room,” “Do your homework.”  These things don’t stick.  They aren’t important, they don’t keep him alive.  “Dinner time!” is crucial, he responds.  Taking something, and then denying the wrongdoing is safety, vital.  Getting in trouble means pain.  Denial can save you.

Foster mom shakes her head.  “Can I really even help him?”

If you believe that you can help a child, please reach out to us today.