Swansea teen is first dad in the Teen Parenting Program

Omer Thibault IV is a musician, a mechanical technician and, at age 20, a single dad.

Age 19 when his son was born, Thibault had not yet earned his diploma from Swansea High School and was uncertain of his prospects. He was certain on one thing, however. He wanted to be a great dad to his infant son, whose teen mother was unable to care for him.

The Department of Child and Family Services (DCF) took custody of the infant, but Thibault was unwilling to lose him. He became the first male to participate in a DCF Teen Parenting Program (TPP).

Today, Thibault and his son, who is almost 1, make their home in a tidy three-bedroom apartment in Attleboro, in a five-apartment TPP building. There, teen parents and pregnant moms each live in their own three-bedroom apartment with 24-hour supervision and supports to become effective parents who can live independently. They receive monetary, educational and job training assistance, as well as training in parenting skills.

With TPP support, Thibault quickly earned his high school degree with perfect scores in three out of the five GED exams. He plans one day to study business so he can open his own auto mechanic shop,

For now, however, he is happy to work full time on fork lifts at Industrial Fleet Services, in Somerset. He looks forward to picking his son up from daycare, which DCF helps pay for, every day at 5 p.m. Evenings are for supper and playtime with Legos and music. A TPP parenting group meets in the building on Tuesdays and an independent living skills group on Wednesdays. On Sundays, he attends the Church of Christ in Fall River.

Thibault is grateful for the support he is receiving from TPP and hopes someday soon to gain full custody of his son from DCF.  But he also hopes that other teen dads won’t have to fight for assistance as he did.

“Teen fathers deserve as much help as teen mothers,” he said. “All I want to do is create a peaceful, happy home for my son to grow up in.”

The Attleboro TPP is a program of JRI, which works in partnership with individuals, families, communities, and government to pursue social justice by opening doors to opportunity and independence. 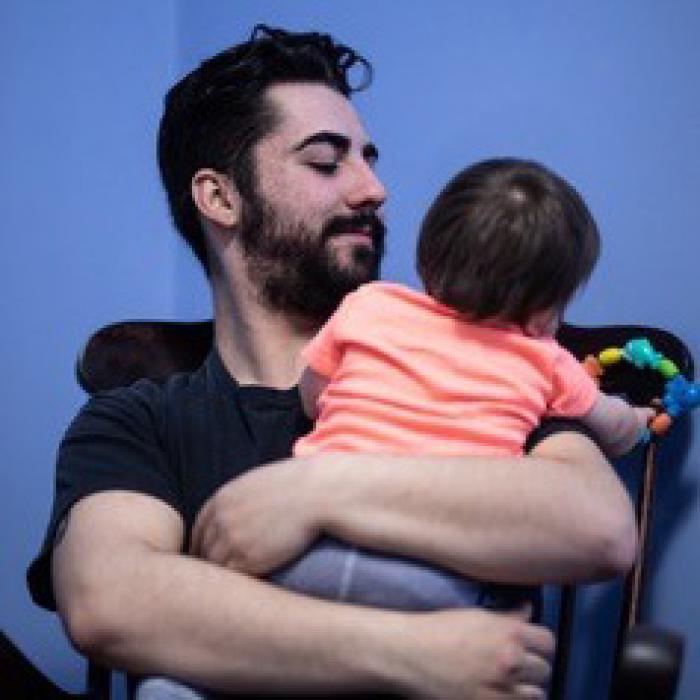