Where will your life long connection take you?

Melanie Burke, Division Director at JRI met Guy in 2012 when he moved into the Rediscovery Group home where he resided for two and a half years. In 2015 when he turned 22, he aged out of DCF care and he remained connected to both Rediscovery and Mell over the years. Mell was an approved permanency/lifelong connection when he transitioned out of care.

Guy came into care at 2 years old, resided in a myriad of placements and despite many struggles over the years always maintained his goal of serving his country.

Guy has spent the last 8 weeks in basic training for the US Navy.

At 28 years old he had a hard time connecting to some of the younger basic training recruits. He said in a phone call last week that this was the first time for so many of them being away from “home” and he couldn’t relate as he was bounced every few years to a new placement and home to him had a very different meaning.

When Guy asked me to bear witness to his swearing into the Navy ceremony in November 2021 I was so honored, beyond excited and very nervous. This week I had the honor and privilege to fly out to Chicago to see him graduate basic training. He is now off to school in San Antonio and I can’t wait to see what his training will lead him next.

Where will your life long connection take you? 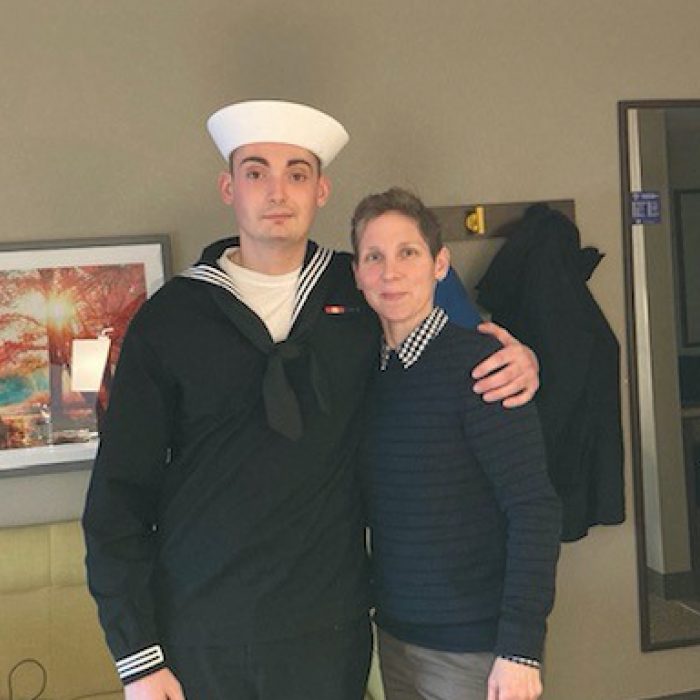