Many of you know the story behind the celebration of Juneteenth--tomorrow-- as a holiday: On June 19th, 1865 Union soldiers landed at Galveston, Texas with news that the war had ended and that enslaved men and women were finally free. This was two and a half years after President Lincoln’s Emancipation Proclamation - which had become official January 1, 1863. That news—long delayed by the slaveholders, in a state under Confederate control until the end of the war, set off wide ranging celebrations among the 250 thousand enslaved Black people in Texas.

The delay was telling. It was an early signal that real change would face resistance from a white supremacist system. While slavery in its most horrific form was abolished, the exploitation and oppression of Black and brown people (as well as other groups) continued.

But there was, and is, cause for celebration. That is part of the meaning of Juneteenth: It shows us that while change is too slow, change IS possible.  When white allies join the celebration of Juneteenth, they are working to heal the moral wounds that are result of the (often unconscious) participation in the system that has caused so much pain to so many. From the Junetheenth.com website:

“Juneteenth today, celebrates African American freedom and achievement, while encouraging continuous self-development and respect for all cultures. As it takes on a more national, symbolic and even global perspective, the events of 1865 in Texas are not forgotten, for all of the roots tie back to this fertile soil from which a national day of pride is growing”

JRI stands by efforts to make Juneteenth a state and national holiday--including advocacy and education.  We know it is possible, because Texas—the site of the original Juneteenth celebration in 1865—made it a state holiday in 1980. If Texas can do it, so can MA, RI and CT. State recognition means that an additional holiday is included in rate calculations—and that means economic justice for nonprofits, who are often asked to absorb costs that should be funded by government.

We know that public opinion is changing.  Even the President moved his rally in Tulsa (which has its own horrific history of white supremacist violence—see this Black Wall Street story---or a illustrated version here) from the 19th to the 20th of June, based a loud and public outcry from across the political spectrum about deep disrespect to Juneteenth his rally would represent.

We encourage each program at JRI to join us in celebrating Juneteenth. It could be a history lesson, or a demonstration of solidarity with Black Lives Matter. This sheet gives some suggested ways--starting tonight and continuing thru Saturday--to celebrate virtually--some for kids.  Or google your town, and Juneteenth, there are many events all over our region.

JRI is proud to be loud in our support of racial equity, and sharing our passion across the agency helps us to stay connected. 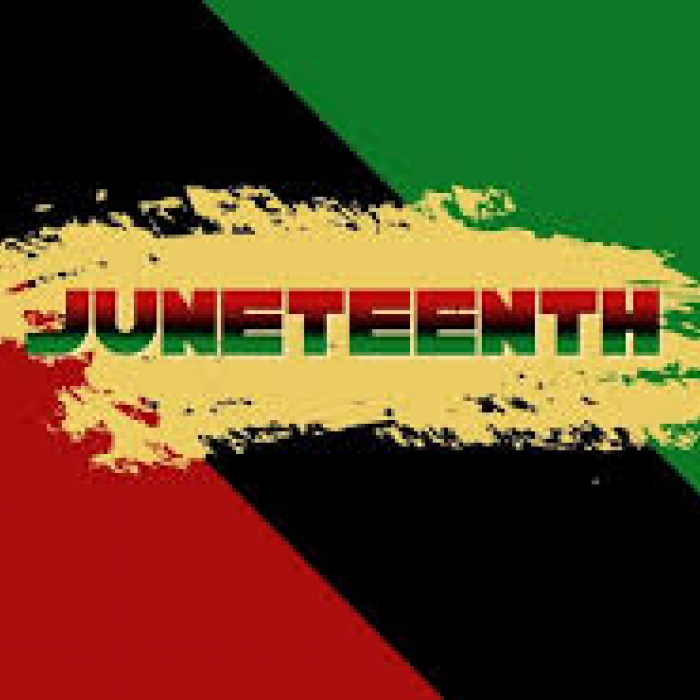